The Man Who Wasn't There

The Man Who Wasn't There

For a very long time this film didn't have a title. Well after it was shot it was still called the "Untitled Barber Movie." This seemed appropriate given the somewhat blank character at its center, Ed Crane, played by Billy Bob Thornton.

The film is tightly plotted in a James M. Cain style, with lots of 1950s topics in the air: dry cleaning, flying saucers, tarmac. But the one thing that truly moves Ed Crane is music. Specifically the Beethoven sonatas played by his neighbor Birdy, played by Scarlett Johansson.

We began the musical conversation with that - the sonatas. Todd Kasow, the music editor, began collecting sonatas that seemed appropriate to the film and to Ed Crane. And I began thinking about a piano-centric score. I wasn't going to sound like Beethoven - an impossibility - but the sound of piano would be so connected to Ed that it would have to be the focus of the score.

Many of the score's musical structures are cyclical, representing Ed's inability to escape his situation. But the Coens also wanted the music to suggest a vague yearning that they felt was central to Ed's character. He wants something different than what he as, but really has no idea what that would be. The closest he comes to perceiving this other world is through music. 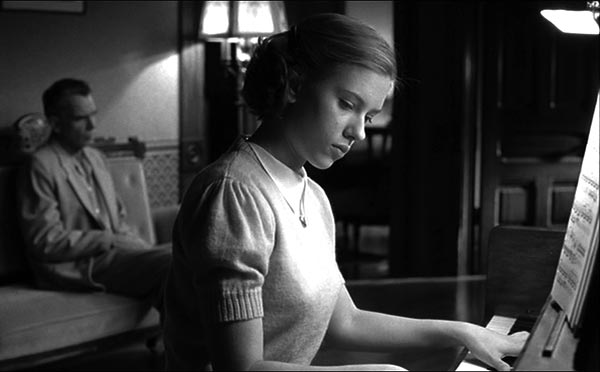 Written and Directed by Joel and Ethan Coen 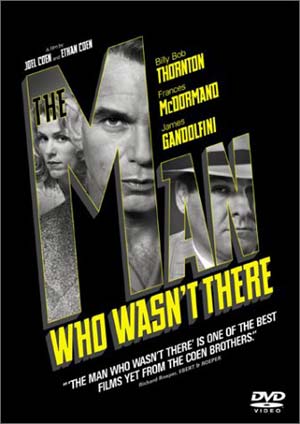 The soundtrack was released by UMG Sountracks. Here are some excerpts. 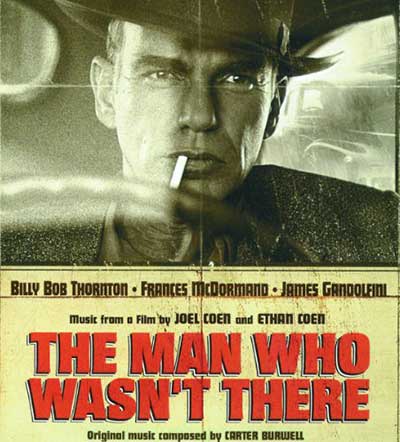 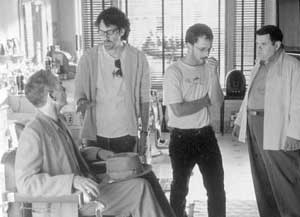 Joel and Ethan Coen on set 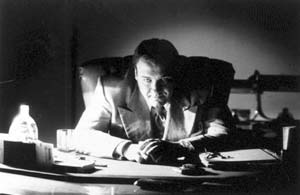 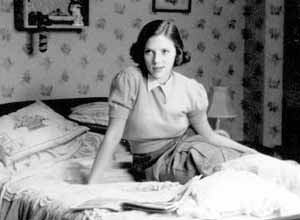 "For the most part, Burwell's score is dark and solem... "The Trial of Ed Crane", which summarizes the main theme into a cue running just under four minutes in length ... has a sad sort of romanticism about it that is tinged with the slightest bit of hopefulness. It's tough to describe cues like this - they just speak to your inner emotions. The piano and strings just do great things. Running about 45 minutes long, this is a must have for any Burwell / Coen Brothers fan." - Dan Goldwasser, Soundtrack.net, Oct. 2001 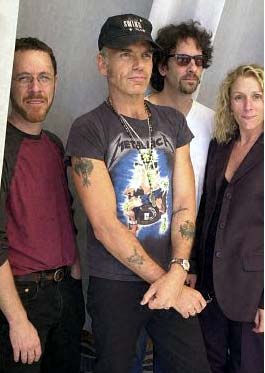 Written and directed by the Coen Brothers